Regardless of Dorian’s center, life- threatening storm surge and dangerous winds are expected along portions of the coasts of South Carolina and North Carolina, and portions of southeast Virginia and the southern Chesapeake Bay.

Flash floods will become increasingly likely across the eastern Carolinas today and it is anticipated that these water levels will rise well in advance of the arrival of strong winds. 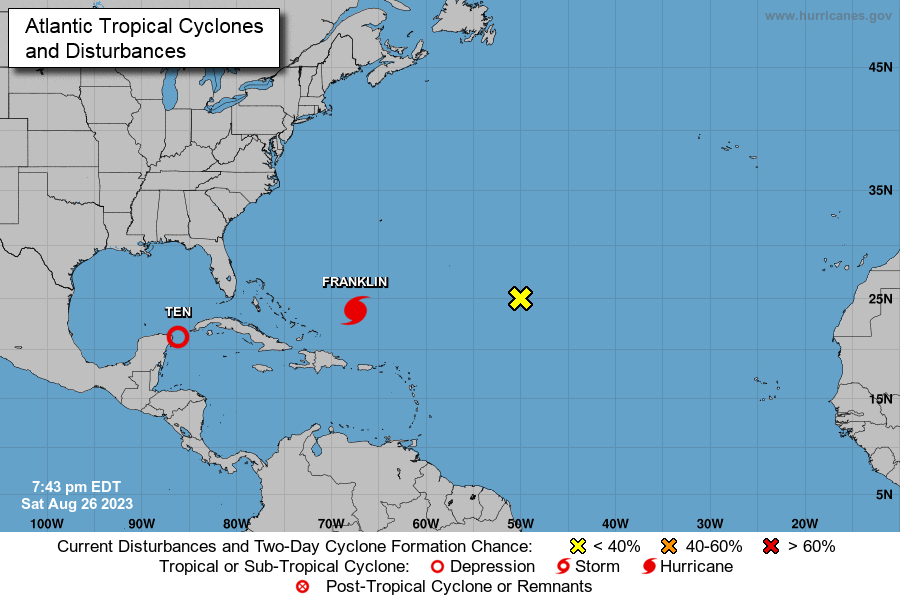 Life-threatening storm surge and dangerous winds are expected to hit portions of Florida’s east coast along with the coasts of Georgia and South Carolina and North Carolina. Tonight into Friday, it is increasable likely that coastal Georgia into the eastern Carolinas will experience flash flooding.

The risk for dangerous storm surge, wind and rain continue to increases along portions of the Virginia coast and southern Chesapeake Bay.

Hurricane Dorian will continue to impact the northwest Bahamas for one more day. The Grand Bahama Island is expected to experience devastating winds and storm surge.

A Hurricane warning is now in effect for Florida’s east coast as the storm’s life -threatening storm surge and dangerous hurricane force winds are expected to hit portions of Florida’s east coast along with the coasts of Georgia and South Carolina. Threat of flash floods will increase today and tonight along the Florida Peninsula, and then spread up the southeast and mid-Atlantic coast during the middle of this week.

The risk for hurricane – force winds and storm surge continues to increase along the coast of North Carolina and southeast Virginia Thursday into Friday.

A Hurricane Watch is now in effect for the northwestern Bahamas. Hurricane Dorian’s center is approximately 225 miles east-northeast of the southeastern Bahamas and about 505 miles east of the northwestern Bahamas and is expected to impact the northwestern Bahamas by Saturday night or early Sunday.
Dorian is expected to approach and begin to impact the southern U.S., most likely between Florida and southeastern Georgia between Sunday and Monday. The highest storm surge areas have not been determined, but there is an increasing likelihood of prolonged periods of hazardous weather conditions that could last for a couple of days in parts of Florida.
Heavy rains are expected to occur over portions of the Bahamas, Florida and elsewhere in the southeastern U.S. this weekend and into the middle of next week.
The National Hurricane Center advised that residents should have their hurricane plans in place and know where evacuation zone are, and listen to the advice given by local emergency officials.
Odyssey will continue to monitor the storm and its potential impacts.

If you have forgotten your password or are having trouble logging in, please contact support@odysseylogistics.com.
*Access requires advance registration and is subject to Odyssey's Terms of Use. All registration requests are subject to approval by Odyssey. Registration requests from unauthorized or non-qualified applicants will be rejected at the sole discretion of Odyssey. Unauthorized access is strictly prohibited. By submitting a request for registration, users are deemed to have agreed to be bound by our Terms of Use.

Connect with an Expert

Connect with an Expert